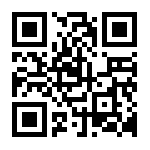 The demo from part two can be tested using your web browser, or by scanning this QR Code with your smartphone. All three menu items are now working, including the "Reading Cats Gallery" which was implemented using the Photoswipe library.

In this post we'll be using Cordova to package our project as a native Android app.

Things get complicated, so hold on to your cats! I've listed some alternative and potentially simplier approaches in the conclusion.

Introduction - From PhoneGap to Cordova

This post is three years late. My interest in HTML5 native apps is re-kindling. ;)

In earlier posts I mentioned that we'd be using PhoneGap to convert our MeowReader HTML5 app into a native app. Since I wrote those earlier posts PhoneGap was purchased by Adobe, with the core technology becoming the open-source Apache Cordova. Cordova is a framework and API for creating cross-platform native HTML5 apps.

In this post we'll start with the app developed in part 1 & part 2 and we'll compile it into an Android app. Then we'll deploy it to the Google Play store.

If you have an Android device install the sample MeowReader app now.

The installation of Cordova will be different depending on your OS. I used a Windows 8 laptop with the Cordova Command Line Interface (CLI).

Regardless of the OS the following will need to be installed and configured.

The app we've been working on is a combination of HTML, CSS and Javascipt files. Since last time, I've upgraded to a newer version of Photoswipe, but the core functionality is the same. The app pulls images from my Meow Reader Tumblr making them available in a swipeable image gallery.

The code is available as Open Source on GitHub.

Preparing the App for Cordova

1) To create a native Android app the first step is creating a cordova project. From the command line:

This will create a skeleton Cordova project in a meowreader folder.

2) We then add the Cordova Device plugin:

Only required if you wish to use the device api.

1) From the command line again, add project support for the Android platform:

You may need to following the Cordova Android Platform Guide to ensure that all your tooling is properly configured.

2) Fill in the core configuration elements in the config.xml file found in the project root folder. Config.xml Documentation

I prefer to use the GenyMotion Android Emulator, which needs to be used like this:

The device name can be found once a GenyMotion emulator is running using:

Our Meow Reader app doesn't require any native functionality, but imagine we wanted to make use of the device's back button. This is something we normally cannot access from an HTML 5 app. In our Javascript setup code we could add the following:

Extra native functional can be added to a Cordova app through plugins. If, for example, we want our app to be able to detect a network connect we'd install the Connection Plugin:

If navigator.connection isn't working you may have to apply the Android specific config.xml tweaks described here.

Take some time to explore what's available in the Cordova Plugin Ecosystem.

Our final task is deployment of our Android application to the Google Play Store.

2) Your app will also require launcher icons. These will be used as the app icon once it has been installed on an Andoird device.

I built my icons using the Android Asset Studio Tools, placing the generated mipmap folders into meowreader\platforms\android\res and adjusting the AndroidManifest.xml file:

3) Android requires that all apps be digitally signed with a certificate before they can be installed. Android uses this certificate to identify the author of an app.

I followed the official instructions on manually creating a keystore/private key.

I then added a ant.properties file to the platform\android\ folder:

Don't lose this keystore! You can't upgrade your app without it.

4) Build the signed application (APK) file from the command line:

5) Create a developer account for the Google Play Store and add a new app (with the assets from step 1). Lastly, upload the APK file from step 4 to the APK section of the Play Store app listing.

And so ends part three of our HTML5 native app tutorial. I hope you found it helpful. Follow me on Twitter if you want to hear about future tutorials. Don't forget to install the demo Meow Reader app from the app store.

I've described but one way to build a Cordova application, one that depends heavily on command line tools. If you aren't comfortable at the command line you might want to look into Adobe's PhoneGap Desktop app or their paid PhoneGap build service.

Since deploying the Meow Reader application I developed and deployed a second HTML5 app to the Android store, the Winnipeg New app. If you live in Winnipeg and are interested in learning more about Cordova, check out the Winnipeg Android Meetup on June 23, 2015.